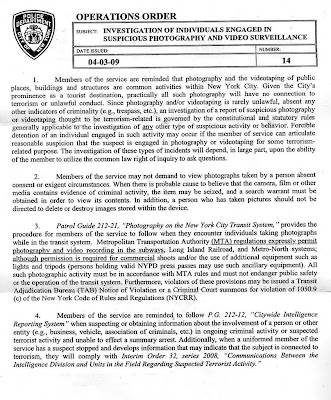 A quick reference and a MUST-HAVE for filmmakers and Photographers filming in New York City Subways. Print out these two documents and put it on your camera-bag and just FLASH it when cops or MTA officials interrupt you. Many of them don't know that this exists.

1. NYPD Directive - On April 3, 2009, the NYPD issued a directive to officers stating that it is legal to take pictures within the subway system so long as it is not accompanied with suspicious activity.

2. MTA Rules of Conduct saying it's ok to film/photograph inside the Subway. Check out 1050.9.
LINK - http://mta.info/nyct/rules/rules.htm
Currently, the MTA Rules of Conduct, Restricted Areas and Activities section states that anyone may take pictures or record video, provided that they do not violate MTA regulations:

Section 1050.9 Restricted areas and activities.
Photography, filming or video recording in any facility or conveyance is permitted except that ancillary equipment such as lights, reflectors or tripods may not be used. Members of the press holding valid identification issued by the New York City Police Department are hereby authorized to use necessary ancillary equipment. All photographic activity must be conducted in accordance with the provisions of this Part.

Very handy documents. Source from Wiki.
Posted by AccHor at 11:59 AM No comments: 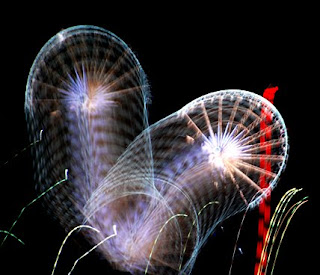 Posted by earthling at 9:55 AM No comments: 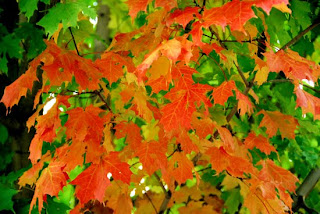 A time for change...or a change of times?
Posted by earthling at 9:53 AM No comments: