We are governed by laws but we do not know what law is; we do not know about our privileges and duties and so we are made to live with suffering, not knowing how to live peacefully.Pleading in courts of law is as easy as having discussion with members of the family says WARRANT BALA a simple, honest human being who has been helping the common man for the past 10 years and making him aware of the legal system through his knowledge (from his own experience) and books NETHIYAI THEDI series. You can read about his efforts from his blog...
http://warrantbala.blogspot.com/
Posted by earthling at 12:13 AM No comments:

What the planet needs right now - A MOTHER

They say that God can't be everywhere so he created mothers. But for all those who do not have a mother, there are people like Sindhutai Sapkal who shower them with the love and affection of a mother.

Her homes survive on donations and grants as well as the award money she receives and she unabashedly continues to beg in cities and villages asking people to put whatever they can into a cloth she spreads out on a table after her speech. She is also invited to colleges and schools to address students and she unhesitatingly asks for donations. This year has been particularly tough because though the Savitribai Phule home runs on government aid, Sindhutai's orphanage in Saswad has not received its grant for the last two years from the cash-strapped Maharahstra government. And to make matters worse, there is also an acute water shortage in the area.

She says;
"Do write the address of my organization so that people can send any contribution - financial or material." Donations can be made to: Sanmati Bal Niketan, Meenakshi Building, Second Floor, Vihar Chowk, Hadapsar, Pune.

for more search for SINDHUTAI SAPKAL on the net.
Posted by earthling at 8:53 AM No comments:

While not sure about every aspect, still felt this is something we should rethink about. The thing is, we do know all this but what actually prevents us from doing what is right?
Posted by AccHor at 11:19 AM No comments:

Time to move forward from an illusion called money to love..
from one human living the moneyless life...
Suelo says in his blog...
I've been totally without cents since Autumn of 2000 (except for a couple months in 2001). I don't use or accept money or conscious barter - don't take food stamps or other government dole. My philosophy is to use only what is freely given or discarded & what is already present & already running (whether or not I existed). I don't see money as evil or good: how can illusion be evil or good? But I don't see heroin or meth as evil or good, either. Which is more addictive & debilitating, money or meth? Attachment to illusion makes you illusion, makes you not real. Attachment to illusion is called idolatry, called addiction. I simply got tired of acknowledging as real this most common world-wide belief called money! I simply got tired of being unreal. Money is one of those intriguing things that seems real & functional because 2 or more people believe it is real & functional!
Posted by earthling at 2:09 AM No comments:

Living Without Money - Documentary of a life

A vision i see of a world...a planet breathing peace...a moneyless world..where every being will exist for the sake of love and the other..in a united purpose to realize the infinite within!
Posted by earthling at 12:55 AM 2 comments:

The enormity and the being! 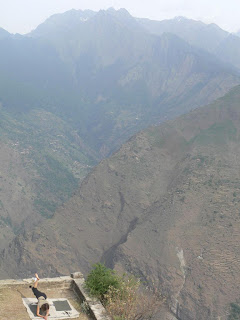 a teaching in itself of what can be done...
maybe...this jogs the memoir of only being a small speck!
in a great wide, ever-expanding vastness...
a taste of the enormity!!!
Posted by earthling at 12:45 AM No comments: