What do you think about Nuclear weapons? Do you think they are a means of Security or Threat? Is it worth spending so much money on them, when we have so many hungry people in this world? Do you think the world should get rid of them or use it positively as an energy source?

has spent more than 5.5 trillion $ in developing their nuclear arsenal and has spent about 1.5 trillion $. ­ And these numbers do not include the costs of testing, fissile material production, storage and disposal. The costs for other nuclear weapon states are probably similar, but those numbers are not publicly available

produces 76% of its electricity, enabling it to achieve almost 50% energy autonomy. As a result, its dependency on other countries is minimal as regards meeting electricity needs.

Nuclear energy does not produce greenhouse gases and therefore has no impact on global warming. In , 50% of CO2 emissions have been avoided since 1970 thanks to nuclear energy. This energy source enables the emission of 700 million tonnes of CO2 to be avoided each year (equivalent to emissions by 200 million cars) in , including 360 million in .

The Treaty on the Non-Proliferation of Nuclear Weapons, also referred to as the Nuclear Non-Proliferation Treaty (NPT), obligates the five acknowledged nuclear-weapon states (the United States, Russian Federation, United Kingdom, France, and China) not to transfer nuclear weapons, other nuclear explosive devices, or their technology to any non-nuclear-weapon state. Non-nuclear-weapon States Parties undertake not to acquire or produce nuclear weapons or nuclear explosive devices. 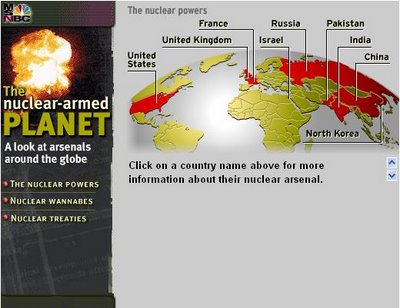 It is a fact that nuclear energy greatly paved way as an alternate resource to fossil fuels and coal. At the same time it should be clearly borne in mind that a true solution for disposal of nuclear wastes has not yet been found out and it is going to be the biggest challenge for all the countries in the forth coming years. Again nuclear energy is a very costly affair for the third world countries.
When Science went deep into the matter and elctricity was found out, it was fully realized that the usage has its own dangers. But we started using it along with all its dangers. Science went deeper to discover Nuclear energy and it is millions of times more dangerous than electricity. But still we use it. With all the fast running and mechanized world it appears that man is forced to live within innumerable dangers when calling this world as a modern world becomes questionable. By the same time Nuclear energy contains more politics than the utility. All the countries are into a wild race to achieve a title as 'super power' only based on nuclear power. It is time to provide a rigorous definition for a super power in view of the exact direction of progress of the human civilization.

When it comes to the word "NUCLEAR ENERGY"...more than half of the people in this living world are not even aware of its existence.All they know about Nuclear energy is the information given to them through the media. For many, the word would trigger the trauma Japan had to endure (and still does) after 1945 and for some it might just be an issue that they need not even deal with, in this lifetime or in the lifetimes to come. Some are safe as far as the phrase 'ignorance is bliss' goes. And yet for a majority of people who live in abject poverty and are deprived of every invention of the so-called developed world, this issue will remain alien.
So, even before asking the question as to whether it is a threat or security, we should ask ourselves one question! Do all the people in this world know what it exactly is? Well, that is a separate issue altogether.
But let us consider that most of the people in this world are actually aware of the 'Nuclear Energy' concept. Do they have any say? They simply segregate themselves from the governments who in turn take their own decisions when it comes to things like this. How involved is the common citizen in these matters? That is the question we have to raise here? THE COMMON CITIZEN. Once this person feels responsible and asks questions and involves himself/herself, then we can think about security or threat factors.
But, one thing is for sure. Even the smallest of things has its advantages and disadvantages. You can either do something constructive or destructive with the small safety pin and it is applicable to all the things (big and small and medium) that man has ever invented for himself. So, when used in the right way, we can get its maximum benefits and when our evil gets the better of us, we use the same thing for destructive purposes. Instead of wasting our potential to find out destructive ways, we can use the Nuclear Energy to help make this world a better place to live.
But what happens to the solution for Nuclear waste disposal? Well, it is time we used our potential to find a way. We have gotten ourselves into it and we should be able to find a way out. WE WILL!
The first step is to increase the general awareness of the common Citizen in each country and bringing together like minded individuals for a noble cause. Let us first try to equally distribute food, water, medical services and most of all, knowledge - in this planet!
The rest, will fall in their right places!

Honestly, this is one of the most debated questions in nuclear history. The obvious answer - it's a threat. The moment you turn it into a weapon, it becomes turns into the antonym of security.
In fact, your question should have been - Nuclear Technology/Science: Threat or Security?
The development of N-weapons started out as a deterrent to avoid being hit by other countries. And it has turned out to be the deadliest game of the universe. As someone in Intentblog said “Nuclear bombs are just a big toy for the human ego”.
Of course, it has its advantages which is endless but now the only thing to be discussed here is the solution - eliminating N-weapons from the phase of the Earth. Why don't we talk about how to do that?